Crabs of different species, genus and families, all of them with the same incredible ability: the camouflage. In the reefs of Conero they are one of the most frequent encounters.

It is a common way to group a certain number of crabs that live camouflaged, thanks to their ability to “decorate” their body with algae and other sessile organisms (organisms incapable of movement, permanently fixed to a substrate) with whom they share the environment where they live. It is possible to see them in almost all oceans of the world.

Using the scientific language, we can say that we are speaking of the Superfamily Majoidea, Infraorder Brachyura, where the crabs are grouped. There are several species of different genus from different families, but all of them adopt the same amazing camouflage strategy. They choose and collect the most common and frequent animals or fragments of algae of the surrounding environment and put them on the body, it is not an easy work and it requires a considerable “reasoning”. Doing it in a so patient and painstaking way, so as to become virtually invisible sometimes, it merits, in my opinion, the attention of every diver.

Here below we are going to speak about some species, that are very common in our area and they represent one of the underwater attractions of Conero. In my humby opinion, the Pisa (Pisa spp.), deserves a special mention: it is able to disguise itself in a spectacular and effective way. Assuming that you are able to locate it (you may succeed because it usually climbs fan worms – see the photo below), the challenge is to understand its form and understand where is head and where tail.

I always recommend searching for eyes and when you find them, you will get a strange feeling of being watched. It is very likely that Pisa is watching you, long time before you have located it and as it is sure of its camouflage ability, it does not move and this is a good thing for those who want to observe it.

We now move on to another crab very common in our sea that also has this camouflage habit, the Macropodia (Macropodia spp.). It is very widespread but, except for the adult form of a species, so small that you have to look hard to spot it. It is patient if observed from a reasonable distance, sometimes it takes a very curious shape, thanks to the habit to lengthen the rostrum with artificial branches (see photo above).

Granseola is the biggest decorator crab among those present in our area and it is very common in the Conero Sea where it finds an ideal habitat. There are two species, Maja squinado and Maja crispata, that are similar except for the size as M. squinado is bigger than M. crispata. Sometimes the forest of algae and hydroids covering its carapace is so thick and realistic, to host nudibranchs that feed on polyps of hydroids (look on the left side of the picture below). Despite this masking it is not quiet and it prefers keep a certain distance from the divers with quick escapes.

I think it is possible to admire their incredible ability of camouflage, watching on the picture with the particular of the carapace. Dozens of organisms hooked on the hairs.

And now we can speak about the Spiny Majoid Spider Crab Herbstia condyliata. As it is possible to understand from the italian name (literally crab of the caves), it has a big passion for the dark and lives in caves or unenlightened crevices, from which comes out at night

even if in our area, maybe due to the murky water, it is possible to see it during the day near its shelter. Anyway the night dive is the best way to observe it. The main characteristics are the claws of bright colors, from pink to orange and bright red eyes. Also this crab has a great ability to choose the right organisms to camouflage itself according to the surrounding environment.

Last but not least, we have the most atypical one, the Sponge crab Dromia personata. It is not a real “decorator crab”. It has no hooked hairs on its carapace where to stick organisms. It usually cuts a piece of sponge and holds it over its back by the last 2 pairs of legs.

The behaviour is the same in the end, covering the body with the same organisms that live in the surrounding environment to achieve the best mimetic condition. In the photo above we can see a Sponge crab in its typical position, hanged upside down on a rock with a big piece of sponge Chondrosia reniformis over its carapace like an hat.

Its juvenile livery is orange or in some cases yellow (as you can see in the picture beside) and then by the time it turns into a typical mud-colour (much better suited to camouflage in our waters). It may happen that in absence or scarcity of sponges, it chooses algae and sea squirts to cover itself, showing as for the other “decorators” a remarkable capacity for evaluation.

In short, knowing how to choose the right fabric and tailor it for every situation is certainly a formidable skill that is worth our attention. 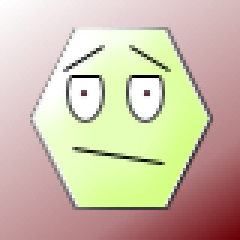